022 How could your friends think so differently than you? Solo Round - Betsy Pake
Skip to content

022 How could your friends think so differently than you? Solo Round 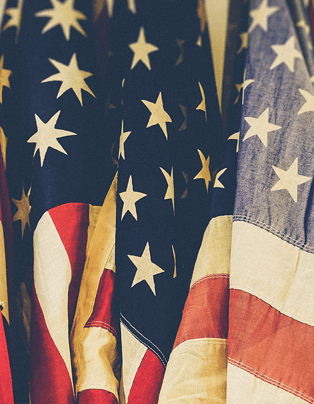 This week many of us celebrated either a presidential inauguration or a women’s march.  I don’t think it was both.  I watched the fighting on social media between friends. How is it that they could think SO much differently about the world? I know many of them, myself included, felt the rush adrenaline when I recognized how differently some of my friends thought than I did.  I really want to see it through love though, and to understand instead of fight. I hope this podcast can help you see things through a new set of eyes and feel some comfort and understanding in how our experiences shape our world.

today’s podcast is brought to you by the infinite soul project, where you learn how to shift your energy and manifest the change you want in your life. We’re gonna dive into your brain and the scientific reasons why you get more of what you focus on and help you consciously create some miracles for yourself. You can find out more at infinite soul project calm. Welcome to the art of living big. My name is Betsy Pake entrepreneur, author and personal success coach. This is the show that brings you stories and small ideas to help you live a big life. I hope this once a week podcast will inspire you, motivate you and encourage you to think differently about what could be possible for your life. Thanks for spending some time with me today. Now let’s go live big.

Happy Monday, everybody. This is Betsy and this is our Monday solo round. Alright, so I’m just gonna get into it. I want to talk about the inauguration. And I want to talk about the Women’s March, but I want to talk about it in a little bit different way. Now, if you’re like me, you were affected by this, no matter what side of the fence you were on, because it was highly emotional. And I feel like it triggered a lot of feelings. And, you know, stuff deep down inside people. And I wanted to talk about that from more of a brain perspective and kind of give you a different way to look at it. And I have a challenge for you. So I’m going to be talking more about this whole phenomenon inside the infinite soul project. But I want to talk about how our brains really work. And our brains are really like huge computers, that they are very complex. But they do something that we can boil down into kind of two functions and, and one is our fast brain thinking and one is our slow brain thinking. So in an effort to keep this around a five minute solo round, I’m going to tell you quickly, fast brain is going to be those instinctual things. So I hear a mouse in my office and I immediately jump onto the chair, I don’t have to stop and think that sounded like a mouse, I don’t want it to run up my pant leg, I’m gonna jump on the chair, it just happens. So it’s all of those functions like that, or like breathing and, you know, walking and all those things that you don’t have to think about those are fast brain things, then I have my slow brain, my slow brain is what I really think of as who I am. So it’s the part of me that actually makes tissue decisions. It’s the part of me that thinks through things and decides if I like one thing or another thing. Okay, so I’ve got my fast brain and I’ve got my slow brain, now my brain can handle 00 conflicts. So if I am thinking of something, and I’m going to say a word, and I want you to think of stuff. And I want you to notice something, so I’m going to say the word, Lion. Now, when you thought of a lion, you got a picture in your head of a lion, right? So you didn’t download it wasn’t like pixelated as it came into your brain, you actually just saw a picture of a lion. And the picture of the lion that you have in your head that you saw was just one of many, many that are inside your head. So if you think of those brain systems, the fast brain and the slow brain as having political parties, and they’re all voting to give you the one that you see. And so you probably have, I don’t know, 50 different images, probably more than that of a lion in your head. But the one that came to your head was because your brain went this one, this one, this one, this one, that’s the one that’s the one we’re going to show her and how it did that was by your experiences, your belief systems, all of the things that have happened to you in the past all help in the voting system to bring you the picture of the lion. Okay, so if that lion came to you, you didn’t have to think of anything, it just came up. You didn’t we’re not aware of the voting process, you just experienced the result. Okay, so now, your lion probably looks different than mine lion. It doesn’t mean we’re wrong, or I’m wrong or you’re wrong, it just means that we have a different version of what’s right. Okay. Both are right, but we’re looking at it from sort of a different way we get a different result. And that’s based on all of our past stuff. Okay. So we got that. Now, the next thing I want you to think of, and this is where I think, if you can hang with me, and I haven’t thought through this in the way that I’m going to tell you, I’m just saying it as I know it in my own mind. So bear with me here, but I’m going to I’m going to say a sentence to you. And I want you to think and just say out loud or you know if you’re on the bus and you can’t talk out loud then just think out loud. Thank you In your brain what it is I’m actually talking about, Okay, are you ready and approached the bank. All right, so you got an image didn’t download it was immediately there, you may have had an image of a woman walking up to a building that was a banking Institute. Or you might have had an image of a woman walking up to an ATM. Both of those are right in you probably thought of it and thought that’s what she’s talking about.

But some of you may have had a vision of a woman in a boat, approaching the shoreline. And, and that’s right, too. But your brain voted on what you thought I was talking about based on your past experience. And so I think that this phenomenon is what is key in understanding the differences between the Trump supporters, and the non Trump supporters, the people that are excited about the presidency and the people that are fearful about the presidency. Now, I’m not saying that, that in many cases, there may be things that have a truth. But I’m also saying we are each looking at it through our own lens into us our lenses race. So when someone else says our lens is wrong, it’s really frustrating. And it’s hurtful, and it causes a lot of emotional turmoil. And that’s all come people are getting so upset, and so worked up. And so my challenge for you this week, is to find somebody that feels differently than you. Now maybe it’s not about the election results, because maybe that’s too emotionally charged for you. But maybe it’s about something else, where they just have a little bit of a different viewpoint than you. And maybe you take a minute, and you just get curious, I’m not saying you have to agree, I’m not saying you have to understand. All I’m saying is you have to seek to know more. So have a moment where if somebody feels differently about that something, ask them more questions, get curious, why do you think that is? And maybe you even say, Look, I don’t want you to feel attacked, I really am curious, I really want to understand, I really want to be able to ask you questions, is that okay? And then you move forward. And maybe you both share ideas, and maybe you still both come to the same conclusions about what you think. But now you have an appreciation and an understanding. And you’re starting to work on that skill of being able to listen and appreciate and become curious for the way that someone else sees the world. So I hope that that little solo round helps you think differently about the world, and also about what could be different for your life. Have a great week. We’ll see you on Wednesday. Thanks for spending some time with us today. Remember to jump in on that online community at SS lB community.com. And, as always, here’s a little message from my husband.

A monthly membership to help you create deep change that lasts.
Learn More
PrevPrevious021: A conversation with filmmaker, bookmaker & changemaker Betsy Chasse
Next023 Every body is a Yoga body: Interview with Donna NobleNext
Eight Ways to Create The Life You Want Without The

Looking forward…..There is a stirring in my so

It is time 🍁 I’m drinking coffee from my fal

Will you make it?⁣ Will you get the results and

Come join the good vibes and engaging conversation at “The Art of Living Big”, the friendliest Facebook group ever.

Handcrafted with ❤️ by konverted.io