073 : Q & A: Feeling petty, being overwhelmed, Believe when you don't & more - Betsy Pake Skip to content 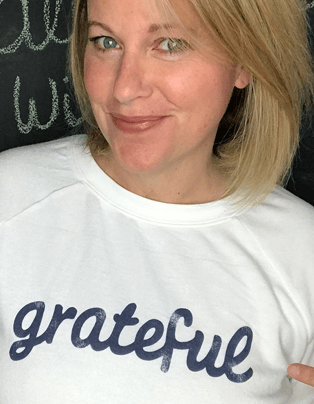 In this episode, I answer your questions that were sent since the beginning of the series on Law of Attraction.  I answer more about getting into the vibration you want, how to let go when you are feeling petty or someone is getting under your skin and talk more about meditation and hearing the voice that can guide you.

This episode is perfect for anyone who had some questions after listening to the other episodes and want to start thinking a bit differently about challenges in their life.

If you liked this episode, please share it with your friends!

I see you post a lot about your thoughts in meditation. What is it that you do? And how do you hear the word okay? So on Instagram, if you go to my Instagram, it’s it’s just my name. Betsy Pake. I’m very creative. With my social media names. It’s just Betsy Pake, but I typically will post something that I’ve asked about in meditation. Now, as far as meditation, that’s a whole other we could do a whole episode on that. But really, for me, what I do is I have been meditating for years, I did guided meditations for a long time. And now I do meditations where I just listened to like ocean sounds because oceans, my thing, I found that I was having a lot of what I felt were really profound insights about my own life at when I was in this and I called, and I call that like, talking to my intuition. I actually did a podcast on that last year, about how I would try to dig into my beliefs. That was basically the this at talking to my intuition. So I’ve been doing this for years. But what I found was when I was doing my meditations, and I was having that quiet time, and I was meditating, you know, an hour or so listening to the ocean sounds, I would have what felt like really profound ideas about my life, or about things I could improve on, or things I should know. But I wasn’t really remembering. As weird as that is. So I was sort of like coming out of my meditation and going, Oh, I know, that was some good stuff I don’t really remember. So what I started to do was, and some people do this with a pen and paper, which probably is a little more organic and good. But what I do is I just opened up my laptop, one day, I go into meditation with my hands on the keys. And then as I’m hearing things, I just type it. So when you ask how do you hear the words, it’s just, it’s like, when my, when I meditate, I can get my internal chatter down so low that I can’t really hear it. But I do hear this voice that I sort of imagined is coming out of my soul. So that is the voice that becomes much louder. And that’s the voice that I type out. Because in my day to day life, my internal chatter is so heavy, I don’t I can’t really hear it, or it’s harder for me. I’m getting better at it. But it’s harder for me to hear it. So that’s what I do. All right. I can’t get clear on what it is I want. I always hear people talking about goals. But I don’t have any Am I supposed to?

PrevPrevious072: Savouring Healthy Weight with Psychologist Deb Thompson
Next074: How to live big when you are struggling and overwhelmed.Next
It's been 24 months since I last got my hair color