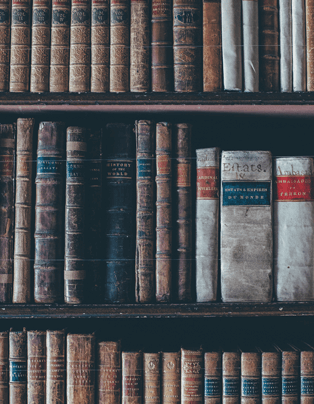 Episode 120: Last week on the show we finished our series on the subconscious and this week I want to answer a question I got a lot over the past few weeks; Can I work on more than one thing at a time?

I take this deeper and offer you some questions about your own alignment, where that is coming from and how it works to create a life you love.

You’re listening to Episode 120 of The Art of Living big. Before we get started, I just wanted to congratulate the people that joined no limits, if you’ve been listening to the show for a while, you know, kind of how I work. And we just completed the series on the subconscious. And at the end, I talked about a new course that I’m going to offer, which I really think is going to grow and become the work that I do in a much larger scale. And if you got into no limits, you’re going to be included in all those future classes as well, you’ll have access to all that stuff. So thank you for trusting me enough to get in there. I’m wildly excited about the transformation we’re gonna have, we’re gonna really do the processes in class so that when you get finished the class, you don’t just say, Oh, that was like interesting work today. You go, Oh, my God, I feel different. That’s my goal. So thank you for trusting me enough to get in there. I’m super pumped. If you didn’t get in there. I’m going to be running it again in January. So if you go to Betsy Pake comm backslash, no limits, you can put your name on the list just to be notified early. So you’ll get an early notification and maybe some extra stuff in there if you sign up. So go ahead and put your name in on the early notification list. And now let’s go to the show. Welcome to the art of living big. I’m your host, Betsy Pake, and this podcast is designed to share interviews and new ideas to help you redefine what could be possible for

let’s go live big. Hey, everyone, welcome to today’s show. So okay, we just finished the series on the subconscious. And like, wow, I’m so excited because I got so much feedback from it. I feel like you guys really liked it. And I feel like when we talk about listening to our intuition, sometimes that can be a real block for people, because they’re trying to hear something that doesn’t totally make sense to them. Like what is intuition? What’s it gonna sound like, how’s it going to come to me. And I think when we do the work that I talked about in Episode 116, where you’re actually just accessing your subconscious through your dreams, that is something that you’ve interacted with, like your whole life, you’ve probably had moments where you’ve, you know, recognized or remembered your dreams. And maybe it comes and goes, some people recognize or remember them a whole lot clearer than other people. But the point is, is that you’ve had this time where you’ve been able to connect with that. And that makes sense. And so I feel like this, like pulled the plug and dislodged a plug for a lot of people, and ideas and thoughts and memories and belief systems started to come to you, which is amazing. I’m super excited about that. Keep doing the work. But here’s the question that I got from a lot of people. And it was asking me if they could work on more than one thing at a time. And I get it, like we have things in our life that like multiple things that we want to work on. So it’s not just that we want better relationships, but we also want to feel a little bit better. And we also want to have money blocks cleared. And we want to get clarity on a career. Like those are all normal things. And it’s normal to have more than one thing to access. And so I wanted to talk about that on today’s show and just clarify some things and give you a little bit of a new way to look at this and to look at what the structure and what the purpose of it really is. So to answer the question, can I work on more than one thing at a time? I’m going to say yes and no.

You know, the other day, my daughter and I were driving and there’s a house in our neighborhood that has really terrible front lawn, like I mean, weeds. It at one point, I was like, does anybody live there? Like the weeds are so tall. And it doesn’t look like they mow the lawn, like it just kind of weird. And I said to her, they’re outside matches, they’re inside that looks like what their brain must look like. And she looked at me like i’d totally lost my mind. But as we kept talking, she was like, Oh, I get it. So your outside matches your inside. So just look at your outsides, and you can figure out what’s going on on the inside. So to answer the question that I’ve gotten so often can I work on more than one thing at a time? Yes, but not at the same time. So separate it just so you can get to the bottom of it and you don’t get confused. Once you get a whole lot better at this, then you’ll start to become clearer. And you can ask more than one question and you can understand. And the reality is once you get really good at this, you don’t always have to get the answers when you’re sleeping. You know, I got the I was asking, What do I do this podcast on this week? then it came to me this morning. So things will come to you at other times that are little peeks into what’s running in the background, what feels like the right thing. So you can do it, you can make changes, there’s so much more for you than you think. If you’ve been running your life based on if it doesn’t feel aligned, it must not be for me, I’m want to break that belief in you. and say if it doesn’t feel aligned, it just means it’s not for you right this minute. And all you have to

do is access your subconscious and break that belief.

And then you can have whatever life you want. And that

my friends is what I

think is living a big life.

I’ll see you guys next week.

PrevPrevious119: Install Success Into Your Future With Time Travel
Next121: Exploring hypnotherapy & how it can help youNext
It's been 24 months since I last got my hair color