121: Exploring hypnotherapy & how it can help you - Betsy Pake Skip to content

121: Exploring hypnotherapy & how it can help you 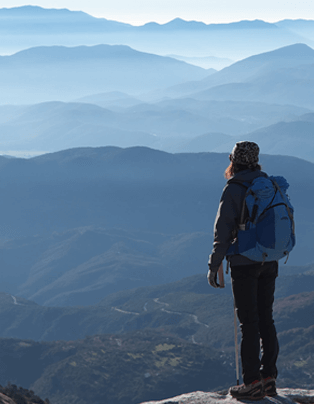 Episode 121: On today’s show, I talk about hypnotherapy and what it is! This past week I took a class to get my certification in hypnotherapy so I can help people make quicker significant changes in their life and as I talked with people, I realized there was a lot of misconception about hypnosis and what it really is.

Today I hope to clear up some of the misconceptions and help you make better decisions about if hypnosis would work for you!

You’re listening to Episode 121 of The Art of Living big, don’t fast forward, I have a really good story to share with you. Now. I feel like more and more, more often I’m getting messages from people that have been listening to the show. And they have some like really great manifestation story, which always makes me so, so happy. But I got one last night. And I asked, Can I share this on the show? And she was like, Yes, absolutely. So I want to share with you this little story. And the reason that I’m sharing it is because it might make you think a little bit differently. If you’ve been here for a while. And you’ve heard a lot of the episodes, this might help you see how you can actually implement it, what I’ve been talking about, but also give you hope that it can actually be done. And that you can make changes in your life and manifest some crazy crazy stuff. Okay, so let me not delay anymore. All right, so I got this message. I’m scrolling you guys. Alright. So this person had reached out to me a few weeks, maybe I don’t know, five or six weeks ago and said that they had basically gotten laid off. So their job was going away. And you know, that’s always like a panicky time, right. And so, I got this message, and it said, so you already know that I semi lost my job about six weeks ago, I was pretty freaked out when it first happened. But like we discussed, I knew it was for the best. I was always fine. During the daytime, I kept busy and worked my behind off applying for jobs, tailoring my resume, writing really good cover letters and reaching out to every recruiter I knew. Had a few great interviews but no offers. All right. So let me pause. So action, right. So anytime you’re confused about something or anytime you don’t know what direction to go, just take some action because when you take some action, that’s when you start to get clarity, right. So that’s when you start to go, this feels good. This doesn’t feel good. Okay, so now back to it. So around week two, anxiety really started to set in, my heart would race and I’d get that burning feeling in my stomach, as soon as my head would hit the pillow. After a couple of nights, I finally said screw it, it’ll work out the way it wants to work out. So instead of racing thoughts about how negatively This was impacting my life, I decided to take all of that energy and think of exactly what I wanted to happen. I asked the universe for a new job that would challenge me that paid a certain amount, OR gate $55,000 a year is what she wrote that paid 55 K a year and gave me three weeks of PTO or something better. And I asked for it all to happen in three weeks or less. Okay, so I’m loving this because what’s happened at night is when she notices that she’s starting to have this like crazy anxiety, you know that feeling right? So it’s when things get settled. That’s when your brain isn’t super busy with all the other things you have to do that it goes like oh my gosh, remember this awful thing. But what’s the power in that is that when you’re drifting off to sleep, or you’re waking up in the morning, that’s when you start to just naturally get into those lower brainwave states, like we’ve talked about. So it’s a really good time to tell your brain what you really want, what you really want to have, how you really want to feel what you really want to be doing. So she was specific also. So she said, I want $55,000 a year. I want three weeks of PTO. But then what’s the magic word? What do I always say this is the magic word or something better? Because you don’t even know what kind of magical stuff the universe can dig up. So why why limit yourself right or something better? Okay. So

PrevPrevious120: If I don’t feel aligned, is it not for me?
Next122: Removing your heart wall with emotion code with Audrey WentzNext
It's been 24 months since I last got my hair color