328: What's standing in your way? - Betsy Pake Skip to content 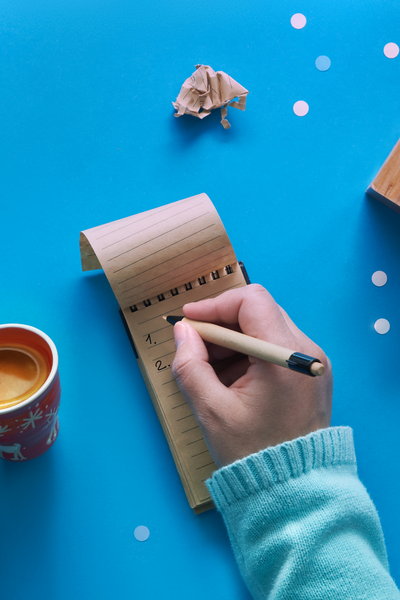 Today’s episode is a must listen for anyone who wants to experience more in the coming year. Betsy shares 7 questions to identify and clear what’s keeping you from living your big life while taking you on a path to discovery that you can reconnect with over and over again in the years ahead.

And I know that my confidence is higher when I keep commitments to myself, because I tell myself, I can trust myself. And so I’m going to do that thing. That’s the moments. It’s not the big huge moments. It’s the little tiny moments. It’s the moments where you catch yourself talking crap about yourself. And you stop yourself and you say that’s not true. Right? Sometimes I say it out loud. Oh, there we go. Here’s the little voice. The Gremlin is not true. It’s not true. You know, sometimes I’ll say that doesn’t matter. I’ll think of something silly. So I have a couple. I have like four or five speaking gigs this month in January. I’m so excited, really fun things to look forward to. And I notice that my little gremlin comes out, like full force when I’m going to do something like that. I love it. Like I love speaking it’s so fun. And my little gremlin says Come on. Do you remember that time you were in fourth grade and you stood up and farted? In the middle? Like I will remember things I hadn’t thought of like because my unconscious mind the number one prime directive which you will see if you download that map to the unconscious mind is to keep me safe. It’s to keep me alive. And it doesn’t know yet. That I’ll be alive. It thinks this is dangerous. This is different. Pretty soon it’s getting used to it You know, it’s way more used to it than it was last year. But it’s still showing up, it’s okay. Because it is in those moments where I go, I hear Yeah, I know you’re scared, it’s gonna be okay. Don’t worry about it, I got this, I’m capable, I am confident, I am sure of myself, I have an excellent message, all the I Am is I can bring those back, it is in those moments that you begin to move towards your goal. It is in those little tiny moments that you begin to like fortify yourself, and you begin to change. And now after you’ve done this, I want you to just scan your body again. And you’ll notice that it’s shifted. You’ll notice that it’s totally different now. And you can do this exercise, you know, on Sunday nights, I do like a big planning of my week. And I will scan who check it, check, check, see what is coming up for you. And if there’s something else that you need to shift, shift it now you know how you’ve got the list. So I want you to hit your goal, see your world through the lens of the word that you picked for the year, whatever it is, however you do it, what you call it. You deserve to expand and grow and to have new experiences and to feel alive. I am doing the hard scary stuff with you. Because that is how I think we live a big life. All right. If you’re not already inside the collective, please join us. You know, do you know that it’s every week you get to coach with me every week. And it’s so fun. I love the community in there. Every week, I’m teaching something new. If you love the podcasts, you’ll love that. And it’s 420 bucks for the whole year. The whole year is the best deal. It’s the biggest deal ever. So join me in there, I would love to see you plus, we get on the phone and talk for 15 minutes. So it would be fun to get to connect with you too. So you can find all that on my website. I hope you have an amazing week. I love you so much. I’ll see you soon. Bye bye. Hey, thanks so much for listening to today’s show. And thank you for sharing the show with your friends. I love when you guys do that. I appreciate it so much. And thank you for leaving me a review on iTunes. I know that it matters because when I go to find a podcast, I always look to see what the reviews are. So it really means a lot to me that you take a minute to like figure out how to even make that happen. Now, if you want to find me find me on social media, I’m usually on Instagram, starting out on Tik Tok. It’s just my name. Betsy pake, and that’s my website to Betsy pake.com. And you can find out all about the work that I do. having me speak for an event that you might be hoping to plan or getting trained inside my alchemy Institute. But to make it really easy, if you want me just shoot me a DM shoot me a direct message on Instagram and I will be at your service. Thanks again for listening. And I will see you all next week.

PrevPrevious327 The magic that we don’t see
Next329: How to get the answers you needNext
It's been 24 months since I last got my hair color