102: Are You 'Shoulding' All Over Yourself - Betsy Pake Skip to content

102: Are You ‘Shoulding’ All Over Yourself 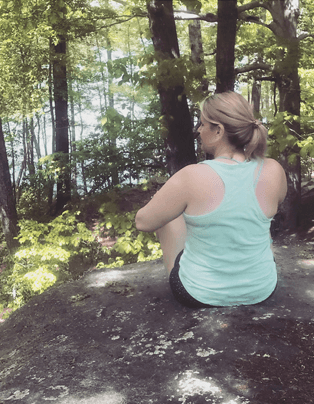 “I should really workout.”

“I should finish the laundry first…”

“I should do that thing I should do before that fun thing, for sure.”

Are you ‘should-ing’ all over yourself? In today’s episode I talk about how we limit ourselves, cause stress, guilt and shame by the words we use to describe our life.  Yes! The very words we use help shape our lives and the world we see.

Listen in to learn more.

Thanks for listening and sharing!  (and if you haven’t shared the show… you really should.?  )

Welcome to the art of living day. I’m your host, Betsy Pake. And this podcast is designed to share interviews and new ideas to help you redefine what could be possible for your life. Now, let’s go live big. Hey, everyone, welcome to the show. Today, we’re going to talk about shoulding all over ourselves. Now, I’ve had a very profound experience with that this week. And so I want to talk to you about that. And I want to talk to you about some ways that you can start to feel a little bit more in flow with your life. Now, I typically like to get right into the show, and I don’t do a lot of that see chit chat. Because really, who cares, we’re here to learn something, right. But I just have to describe this to you. Because this is sort of how the topic for the show came up. So the past couple weeks have been really stressful, like a lot of stuff has been going on, my father in law’s been sick. So there’s like sort of this, he lives in a different state, but like, you know, my husband’s stressed and we’re checking in, and my daughter has been sick. And so that’s been top of my mind, and really my top priority. And so a lot of other things have sort of like, you know, kind of wavered to the side. And you probably have things like that to where all of a sudden something else takes priority. Or even if you had a goal or an idea of something that you wanted to do, and then all of a sudden you find you’re not doing it. And so what is it that you say? You go, I should do that? Right? So that’s why it’s Friday, and you’re just now getting the podcast, because earlier this week, I thought, Oh, I should do the podcast. But I made a commitment when I when I changed things around Episode 50 ish, with this show, that it was going to be whatever was happening around me and I was learning I was going to share with you, right, so or whatever thoughts were on my mind. I was gonna, you know, find the lesson in that and share it with you kind of in real time. And so all week, I just have not been at the place where I could create this podcast. But this morning, I woke up and I had some clarity. And suddenly it didn’t feel like a should it felt like a fun. And so I’m hoping that you will agree that the product is much better when it’s a fun and not a should. And maybe you’ll notice that in your life too. But why does any of that matter? Why does it matter? If I say like, I should do the podcast, or I want to do the podcast, or I love doing the podcast like what’s the difference? Who cares? But here’s the thing, our language is so important. Not only is our language important in identifying how we’re really feeling about something, but it’s also helpful in creating how we’re feeling moving forward. There is a really great book by vision laconic called the code of the extraordinary mind. And in that book, he talks about ancient times that there was no word for the color blue, and like lots and lots of languages, no word for the color blue. And even in Homer’s Odyssey, they didn’t mention blue for the sky, they actually called it wine dark. And the word blue didn’t appear in any other ancient writings. There was no visual detail about the color blue. So it brings up the question and visually Connie talks about this, that if there isn’t a word for it, can you actually see it, which to me makes me say, this is how important language is and the words we’re using. Now, there’s a researcher named Jules Davidoff. And he studied this question around a tribe in nambia. And what he found was that they had lots of different words for the color green, but no word for the color blue. And so as part of the research, the tribe members were shown like this circular pattern of squares, so if you could think of like a clock almost with squares all the way around, and all of the squares were green, except for one that was obviously blue. So all these green squares, and then one super blue square. So when the tribe members were shown that image, and they were asked to point to which one was different, they couldn’t select, the blue square is different, or they were really slow to go, that one looks a little bit different. Or they totally chose the wrong square all together. But when they were shown a similar pattern of green squares with one’s green square, that was really subtly a different color green, then they really quickly found it. So whereas for us, it would be super easy to look at that and go, that’s the blue square. But when we saw all the shuttle subtle shades of green, you and I might not be able to discern between those. Well, what’s the difference is that that tribe had no word for the color blue, and so they couldn’t easily identify it as a blue square from this collection of green squares. So a task that would be really easy for you, and I was really difficult for them, because they didn’t have the language for it. Language helps create and shape what we see. All right, so if that’s true, if what we’re saying is creating what we see, then what are the words that you’re using every day to define your life? What are the words that you’re using every day to help describe what you’re doing with your time all day?

Earlier in the week, when I was thinking, I really should do the podcast the moment that I heard the word should, and I have become quite good at this. And I would ask you to try this. Anytime you hear the word should for me, it is a red flag. It’s a red flag to go, Wait a minute, why should I? Why am I saying that? Because if I’m saying should it means it’s not really something I want to do? And so what is it that I really want to do? And why does this feel so wrong? So I’ve got a couple of ways that you can start to harness the power of your language, and start to think a little bit differently about the things you’re doing and why you’re doing them. So for me, the word should means that it’s something that is a task that I need to complete for some other reason. So I should, I should work out, I should do the podcast, I should,

PrevPrevious101: Releasing Resistance & Manifestation Ease
Next103: Changing ForwardNext
It's been 24 months since I last got my hair color